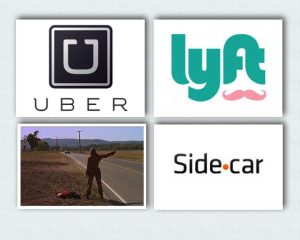 What would you do without a car in Los Angeles?

How could you live?

Is that even possible?

Surely there is no way you could possibly SAVE money not having a car.

Actually, there is. I'm here to show you how I did precisely that and more.

For the better part of three years I had been going back and forth from my home in NYC (where I've lived for about a decade) and Los Angeles. I would visit at least 3-4 times a year.

Sometimes I would stay for a month or five during the winter. Snow and I have an estranged relationship. It's nice to visit, but wouldn't want to live there.

Each time I came to LA, I would try to find economies of spending. I would look to save money on housing, transportation, food and more. I would stay with friends, borrow or rent a car, AirBNB, or find short term housing.

Since I had a full time place in NY, it never made sense to buy anything or sign a lease longer than a couple months in LA.

Then I met my girlfriend Brittany one day in a coffee shop in Santa Monica and all that changed. She was a transplant from Alabama, chasing a music career in LA, and I was smitten.

I knew that long distance wouldn't work but I wasn't quite ready to give up my rent stabilized apartment in NY, either. So I decided to keep both for a while.

It quickly became too expensive to be considered reasonable.

So, I finally moved out to LA full time in May of 2014. I fully expected to have to buy a car, after needing one for so many years, living on Long Island, in San Francisco, Upstate NY and other places that required one.

But I really hated having to spend all that money. I mean I had enough to buy a really decent pre owned car, that wasn't the struggle. I was just aggravated by the process and the hassle.

Begrudgingly, I took the money out of the bank one day. All in cash. I actually had to go to a second bank because the first one didn't have enough.

It was a trick I learned from my Grandpa. He would negotiate the price leading the salespeople to believe he was planning on financing. The dealer would cut the car price to the bone, assuming they would make the difference back on interest and then pay it all in front. It worked great back then, because interest rates were high and nobody paid all cash.

Then, when they were salivating at the opportunity to gouge him for years to come, he would dump a massive stack of $100's on the desk and walk out with keys, having gotten the best price possible. “Gets 'em every time”, Grandpa Brad would say.

That “what if” feeling of missing out on a better deal. The paranoid feeling of carrying around three stacks of high society.

I just didn't want to do it. I was fed up. I went back to the bank and deposited it all again, having to fill out all the obnoxious IRS paperwork just to return my own money. I went home and tried to put it out of my mind. I felt like I was making a mistake, but I couldn't put my finger on it, so I just decided to trust my gut.

Then, later on, while watching cuddling with my GF watching Netflix and wondering what I should do about my car predicament, I had a stroke of genius.

I decided to perform an experiment. Instead of extending my rental, I ran a few numbers.

Turns out, the math wasn't all that scary. I bought a decent bicycle for local travel.  Then I would use Uber when I needed a car. Exclusively. I had used Uber in the past while getting around town and traveling, even saving a girl I was dating from a bad situation where she got lost in a bad neighborhood in NY while I was on vacation in Montreal. I sent a car to her location from another country, and she got home safe. What a world we live in! But I never thought I could completely replace having a car.

And what I found shocked me. I was actually saving money vs the cost of a decent car.

Now I know what you're thinking. Uber, Lyft and Sidecar HAVE to be more than owning a car, and you may be right. If you drive every single day, multiple times a day, in peak hours during traffic.

But if you drive sparingly, like me, the savings are evident. I work from home, can walk or bike most places, and go into the office about 2x a week. I avoid traveling at rush hour. I travel using Uber when I need to, and I still spend much less than I would if I owned a car. I rarely take rides that cost more than $30, so it's not all that bad, considering the alternatives.

For example, here is the current lease rate a decent car, like most people in LA might drive, who want to project a reasonable level of success, during a sale weekend (Happy Thanksgiving!)

Or just buy it pre owned for about $30k. But leasing is usually more accessible to most people at this price point. So, amortizing the cash up front, let's call it $535 on the car payment.

Living in California driving a BMW? You can expect to pay at least $200/mo for insurance.

Starting to add up yet? Let's not forget parking!

Parking is expensive here in LA, at least another $200 a month when you're going to and fro about the city.

A place to keep your car when you're not using it is hard to come by too. It's a giant time and energy suck to always be looking for parking and worrying about tickets and moving your car around.

You could rent a spot, yes. It's $170 for a spot in my building, but if you opt to park on the street, you will get a ticket. Probably several. It's inevitable, the parking enforcement people in Santa Monica are basically ninjas. They strike quickly and their brutality is known across the land. They feel no remorse.

We'll leave maintenance off because it's included in the lease. But we'll add another $100/mo for incidental things for the car like registration, accessories, cleanings etc. You can adjust for other factors according to your circumstances.

So that back of the napkin math gives us a grand total of $1405. Per month. Just to have the privilege to “drive”… which in LA, actually means sit in a car staring at the bumper of the car in front of you.

Now. Let's look at the other side of this equation.

What do you make an hour? What is your time worth? Your stress, your aggravation?

Let's use my coaching business as an example. My coaching is worth at least $500 an hour, so all those hours saved and reclaimed add up quick. If you're reading this I'm assuming your time is worth AT LEAST $50 an hour. Maybe a heck of a lot more…

I don't know about you, but I would surely much rather read, make calls, answer emails or anything else while being driven around. I'll bet you could recoup at least 10 hours a week by not driving yourself.

I can arrive fresh, not frazzled, not having to look around for parking or worry about tickets. I can even eat on my way to things.

Imagine this for a moment…

You leave for your appointment by booking a car on the way to the elevator. It's waiting for you by the time you reach the curb.

You just get picked up and dropped off. The driver is polite and courteous. You can chat or not. No fuss, no muss. You can even zone out, and you're there before you know it. Now, you can even choose the music they play on Spotify. You go to your meeting, enjoy yourself are more present, without having to worry about feeding the meter or going over your allotted parking time and incurring a massive fee.

The meeting adjourns. People ask you where you parked.

But you know better. You're in control. You have wheels when you need them, and none when you don't.

You feel like the master of the universe, getting chauffeured around like a baller. When self driving cars become the norm, it will get even safer, cheaper and easier. Traffic should decrease considerably as well.

In the last three months living in Los Angeles, without a car, using Uber only, I've spent no more than $500 in a given month. And that was a month where I took a LOT of rides.

By using Uber X (unless there was an unavoidable surge) and waiting a few minutes here and there for surges to die down, I was able to knock at least $900 a month off my transportation bill, all while reclaiming countless hours of my time, as well as a ton of saved stress, energy and attention. Even if I go over my current average spend here and there, I'm still in the black overall.

That's $10,800 a year in savings, earning back several hundred hours in the process, which are priceless.

Remember, it pays to focus not only on money, but your TEAMS, your true resources: Time, Energy, Attention, Money, Stress. You only have so much of each to allocate. Spend it wisely.

So here's the $10,000 question: Would switching from owning a car in your city to using Uber save you money?

Try this for 30 days and see if it's right for you. I would love to hear your experience in the comments. If you want to run the math and see what it might actually be compared to your current situation, please share your results.

Now it’s your turn to weigh in. Are you sick of driving and want to try this out? What would it be like to save 10+ hours a week and $10,000+ a year? What questions do you have about going carless that you would like me to answer? Let me know your story and any questions you might have in the comments section below, and please do share this post with your network.

If you're new to Uber, you can sign up using my link for a free $20 credit on your first ride. 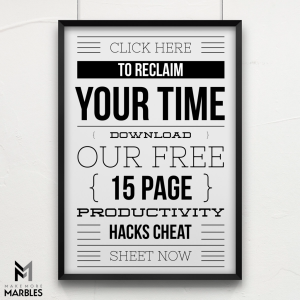