Getting Eviscerated in Forbes, The End Or The Beginning? 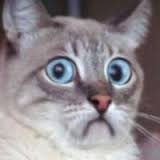 “I’m afraid to say that there are so many simplifications, mistakes, half truths and regurgitated marketing rubbish in this piece that it’s very difficult not to be general in decrying this as one of the lest [sic] accurate articles on the topic I have had the misfortune to read.”— Magnus Bombus March 6, 2012

The preceding quote comes from my favorite comment on my 3D printing article that ran in March 2012 in Forbes.

I still grimace every time I read the comments. Internet commentary is the lowest form of human communication, followed closely by “reality” television. Admittedly, it hurt my feelings to read people eviscerating me and my opinions- which are arguably just as valid as anyone else's–in a public setting like Forbes.

Obviously, someone would never say this to my face in the street or on an elevator. They wouldn't come over to my house to share a coffee and rip me a new one in front of thousands of people. But that's what people do on the internet. They spend their time taking their half formed delusions and emotional traumas out on complete strangers. Then they complain and place blame externally because their lives suck.

No Statues Erected To Critics, So You Might As Well Take A Shot

Here’s the thing: I had no idea if I was right when I wrote that article. In fact, most people told me I was wrong. But I had done my homework, cold calling CEO's, hunting down experts, attending conferences, talking to everyone I could. Even Sir Richard Branson's interest was piqued on the subject when we had dinner in Miami. My case for 3D Printing was compelling enough to get a salty dog like John Konrad to have a look.

It ended up being the most successful article, albeit off topic (that's why I had to make it tie into shipping, to put that to rest. I'm sorry Internet.) that gCaptain's Forbes column has ever seen. By a factor of seven.

“If you seek to hit a moving target, you will always miss– unless you lead it.”

This is a quote that summarizes a lesson I learned when honing my skills as a trap and skeet range instructor as a teenager. To hit those clay pigeons, you can't aim where they are now, you have to aim where they are going, while keeping the barrel in motion.

But sometimes, if you hang in there, you'll be right: and those detractors will be the ones left shaking their heads.

I'd like, in this instance, to let the results speak for themselves, Magnus. Or whatever your real name is. The article is about to hit 200k reads and most everything I said turned out to be spot on.

The rest, the future will decide. Wall Street agrees, and for my purposes, that's good enough.

Perceptions seek agreement and create reality. People with access to billions collectively, voting with their dollars, are more relevant than any one opinion. Mine is no exception. I honestly don't care why people buy this name or sell that one. I just make decisions based on the best information I have available. I limit my downside and try not to do the same with my upside.

That's all any of us can really do in life, trading, decision making or anything else.

Out Of The Frying Pan…

Deep inside the bowels of the New York Stock Exchange, steps from Trinity Church and the statue of George Washington at Federal Hall, it was like I had walked into the lion's den. At (barely) 26 years of age, I was 10 years junior to the next junior person in the room. I didn't work for Goldman Sachs, JP Morgan or Credit Suisse. People with those credentials sat beside me, furiously taking notes, lambasting the management of the company.

They asked questions like “who is going to buy this?” and “why would anyone pay for this?”

Meanwhile, I was asking myself: “Who wouldn't?”

In retrospect, I think I can ratchet it down to one idea, one central thesis, which I kept coming back to:

I was arguably wet behind the ears, but reasonably certain I was onto something.

I kept wondering if this was the same meeting Microsoft ($MSFT) shareholders sat through in the 80's.

In case you missed it, the answer is everyone.

Meanwhile, in reality, every stock I mentioned in this article in March 2012 now stands at least at 500% of its price then, and some have been as high as 1000%. This is not to brag. I promise. It could have easily gone nowhere. I accepted that risk when I wrote about it.

3D printing is a huge deal, and the industry continues to confound and amaze. Detractors are left shaking their heads. I don't claim to know if it will continue to be so hot, but I've made my bets. If you're going to aim at a moving target, you have to lead it.

If you're going to step up to the plate, it might as well be to hit a grand slam.

Some would glibly say I should just stop writing articles. Coming off such a big win, that I might be inclined to agree. What are the odds that I will ever be so right again? Well, in short, they are small.

My career as a future predictor is never to be. I learned a lot about this process. I learned a lot from John, my other mentors, and the haters. This and other lessons helped me found a successful hedge fund. I learned to persevere in the face of criticism. I learned to trust myself and my gut more. I learned to let my winners run, scaling out principal but letting profits ride on a big win– about a $2MM lesson and counting.

I'm undeterred by minor setbacks, and willing to fail forward. I'm willing to learn and do the work. I'm willing to be wrong and take the stings and arrows. Let her rip. Just do it in the comment section here on this article, and try to keep it constructive.

All this is to say that you shouldn't be afraid to put yourself out there. Do the work. Take a lot of long shots. Weigh opinions, but don't discount your own.

Limit your downside, but not your upside.

Her are some things I learned, which you can use to make your content more effective:

1. Proofread and fact check everything to the best of your ability, providing links to other content, interviews with experts and research articles (if available).

2. An editor can be a blessing and a curse, check their work thoroughly for typos. Forbes' back end tore apart this article, putting words together and changing formatting, then we had to go through and revise it while it was live on the home page. This was a nightmare. It's still not all fixed. So check, double check and check once more that everything is as it should be before and after submitting. You don't want people to click away and not take you seriously because of some grammar or formatting issue.

3. These things spread on their own if written well, but there is no shame in asking friends, family and your networks to share your work– it can really help to spread the love. If you worked hard on it, let people know it's important to you. They will usually be happy to help you promote your work, as long as you don't ask all the time. If you know influencers, tap them too. It can't hurt to have your article read by hundreds of thousands of people.

4. Truly great content, content that spreads, is positive, useful and goes against the established school of thought.

5. Make it easy to share in a variety of ways. Be creative. Take note of breakout successes you encounter, and seek to learn from and emulate their methods.

6. Keep honing your writing craft. I'm still honing mine… communication and delivery is important. But it's also important to have something to say. So spend most of your time living, striving to be bold and exceptional.

7. This turned out to be the biggest win: encourage everyone to post their feedback CONSTRUCTIVELY on the article. I took to Twitter, calling everyone out about the reality that I was a person, and I deserved a modicum of respect, even if they disagreed with my views. I asked them to please simply discuss their opinions in a constructive manner on the article's comments. Granted, I did this first as a trauma blocking mechanism, but it turned out to be one of the biggest wins in the whole experience. People who take the time to write comments (logging in, writing them up, hopefully proofreading, then posting on Forbes) usually have their ego engaged, and make sure everyone in their tribe sees their amazing critiques, driving even more traffic and attention to the article. No such thing as bad press? I'm inclined to agree.

Most of all: Keep stepping up to the plate and swinging for the fences.

You never know when you're going to hit a grand slam.